Well, once again it's been a little while since I've blogged. So a quick summary of what I've been up to.
And I've also been pretty busy with clients, which has seen me driving all over the Central Valley looking at farms, vineyards, apartments and offices for people. It's been fun.
The trip to England was really fantastic. I've been living in South America for 8 years, now. The year before I was in Australia. So I've been away from England for around 9 years in all. I still struggle to comprehend how time has passed so quickly. I really feel like I was living in Sydney just last year. I always enjoy my trips home, but this one was probably the most enjoyable since I left England.
I usually go back at Christmas, which is great because it means everyone is in one place. But the weather is awful, of course, it's dark at 4pm, there's no greenery and there's a general feeling of 'I can't believe there's another 4 months of this to go'. Summer in England, on the other hand, is so different. I was fortunate to have some fantastic weather, but it feels like a different country in Summer. The scenery is gorgeous, you can sit outside at the pub and everyone is, well, happier.
And I got to see almost all of my friends, including a couple I hadn't seen for 3 years, since I was last at home in Summer. It was great to have the time to just hang out with people I've known for over half of my life. Old friends are just easier- I have some great friends here in Chile, but none of them will know or understand me as well as my school friends. We spent hours reminiscing about all the fun we had and the utterly stupid things we did when we were 16. No chance of me sharing those stories here...
Hanging out with friends down in Dorset. 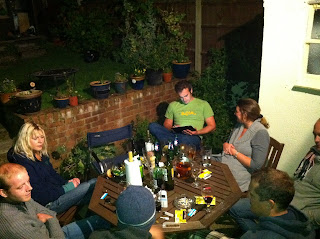 And I also had a week in Sweden, where my cousin cousin married his Swedish girlfriend. Amazingly, we also had incredible luck with the weather there- it was 25C every day and I even swam in the Baltic Sea a few times. Beach holiday and Sweden were not something I thought you could do at the same time...And most of my family went- 15 of us in total, not including the 5 toddlers running around, causing chaos. We rented several houses 2 minutes from the beach, in the middle of a beautiful pine forest. It was the first time we had all been together for so long since me, my two brothers and three cousins were all teenagers. It was so much fun to all hang out together again.
Aarhus, Sweden- "Valdivia on steroids", as one friend commented upon seeing the photo. 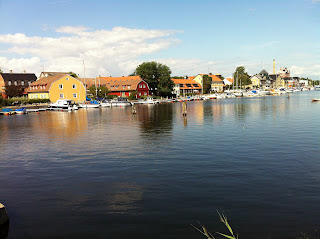 The beach at Aarhus. Very nice. 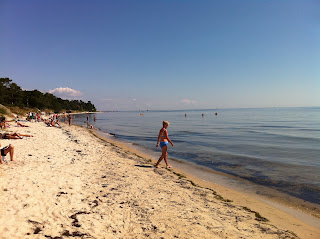 We had a traditional Summer cray-fish party, which involved eating a huge amount of these delightful looking critters and singing songs in Swedish followed by shots of schnapps (otherwise known as paint-stripper). 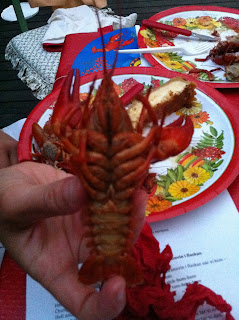 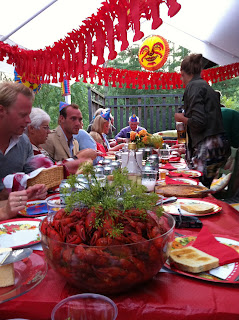 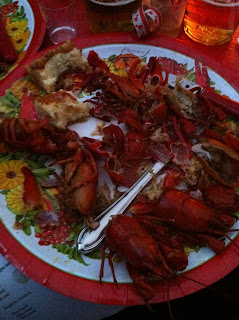 On a box of pastry. I think the joke goes you want one in the bedroom, not in the kitchen. 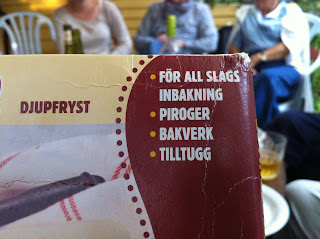 The happy couple (I assume they're happy, anyway). 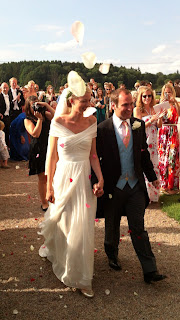 The only bad part about the trip was returning to London from Sweden on the night of the riots in London. It's hard to describe, but there was a feeling of genuine terror enveloping the city for at least two days. It was palpable and something I've never experienced before. The area I was in, Hammersmith and Fulham wasn't too badly affected, but some feral morons did kick in a couple of doors on my brother's street and rob a taxi and its passenger 50 metres up the road, just where I'd got out of a taxi 20 minutes earlier. They also smashed all the windows at the local leisure centre. That's a council owned, public access leisure centre, by the way. They smashed up their own community's centre, that's how stupid these people are. And the riots completely screwed up my dad's visit down, so I only got to see him for a few hours, which was a bit of a shame.
So, back to Chile...As I mentioned above, I've just bought 2 hectares of land in Colchagua. I obviously already live in Santa Cruz, but I've always wanted more land and to live out of town. So I bought a property about 25 minutes west of Santa Cruz, in the same 'neighbourhood' as all of my friends. We're an eclectic group of foreigners and locals, with a fair few countries represented (Chile, Italy, Portugal, Bolivia, Malaysia, Spain, Colombia, France and now England).
I had originally planned to buy raw land and build a house, but the property I ended up buying has an abandoned, severely earthquake damaged adobe house on. Any sane person would ignore the house and start again. But, when it comes to renovations, no challenge is too big for me.
We're going to save the walls and then everything else has to be done from scratch, including installing electricity to the house and indoor plumbing. I'm very excited about the project and looking forward to the next 4 or 5 months, even though I know it's going to be really stressful. 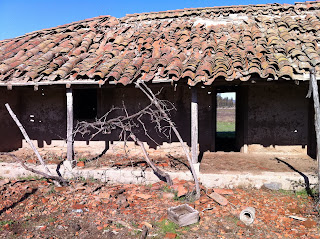 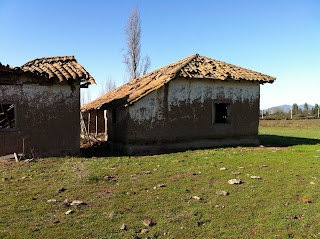 Views of the Andes from the property. 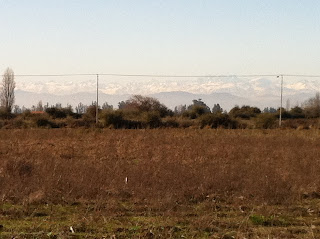 These are the foundations for the 45m2 extension of the house, which will be the living and dining room. 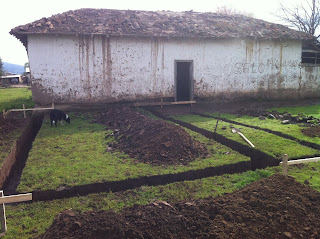 This will be the front door. It's from an old adobe warehouse that fell down in the earthquake. Cost me $30,000 pesos- that's about $65. 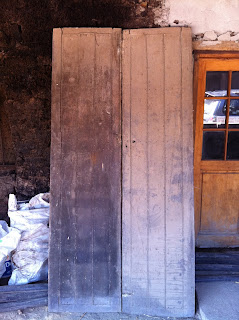 Behind the horses you can just about make out the 40 fruit trees I planted by my own hand. I don't know who the horses belong to, they just seem to roam around. The fence around the property will be up in a couple of days, though, so they won't be able to get in anymore. They've left behind a whole load of high quality fertiliser, which will go into the compost heap. 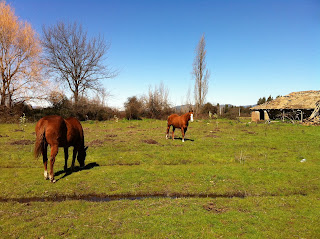 I'll post updates as we go.
And finally, here's a Colchaguino traffic jam. 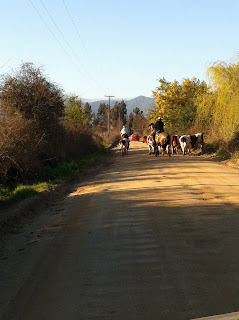